THREE LESSONS FROM A GOLFER 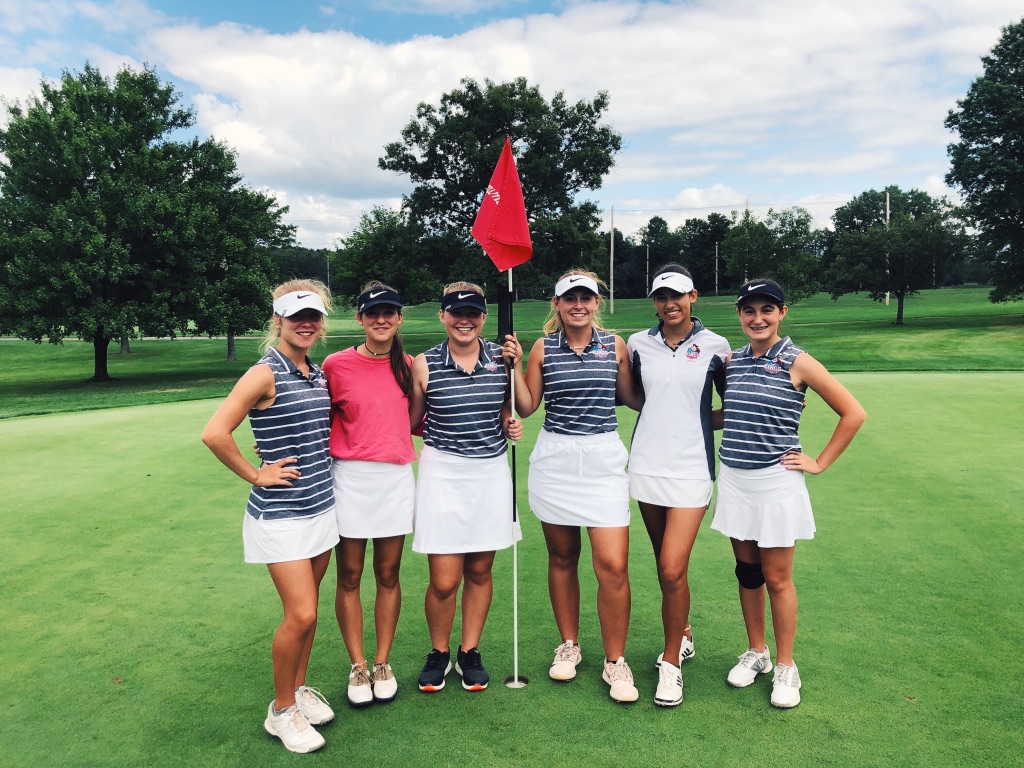 I drove my daughter Ella to Cleveland last weekend where her high school golf team was competing with 21 others in a tournament that involved 122 girls. Ella was the sixth player, the alternate on her team that could play only five.

Saturday when we got to the course, she pulled out her clubs and started hitting practice balls along with all the other players who were getting ready for the tee.

“Why are you doing this?” I asked her. There was no need to warm up since she wasn’t slated to play

“Because we’re a team, Dad,” she answered, a little indignant that I had to ask.

Just then her coach called me over. “Ella’s playing,” he said. Because one of the teams for the tournament didn’t show up, hers could field six golfers, even though Ella’s score wouldn’t count for her team’s total.

“Are you nervous?” I asked Ella when she heard the news.

I’ve thought all week about her attitude and what it reminds me about leadership. Here are my three biggest takeaways.

You never know when you’ll be called to get in the game. Ella prepared just like all the other golfers, so it was no crisis when she was told to join them. The effective leader never stops learning, preparing, anticipating the next opportunity to serve. Sometimes your chance to make a difference comes when you weren’t expecting it.

When I served at Compass Christian Church outside Dallas, I was one of several on the preaching team with senior pastor Drew Sherman.  I prepared with that group every week, even though I preached only at the student worship service. Drew saw the work I was doing, and soon he was confident to ask me to preach in his place.

I’ll always remember the phone call I got from him at noon one Saturday. He was too sick to preach at 4:00 that afternoon, the first of our weekend services. Speaking that day was the last thing I planned to do when I got up that morning, but I didn’t hesitate to say yes. Like Ella warming up even when she wasn’t scheduled to play, I was ready.

“I never worry about your preaching,” Drew told me some time after that, when I was in the regular rotation for preaching at our weekend services. “I know you’ll be prepared.” 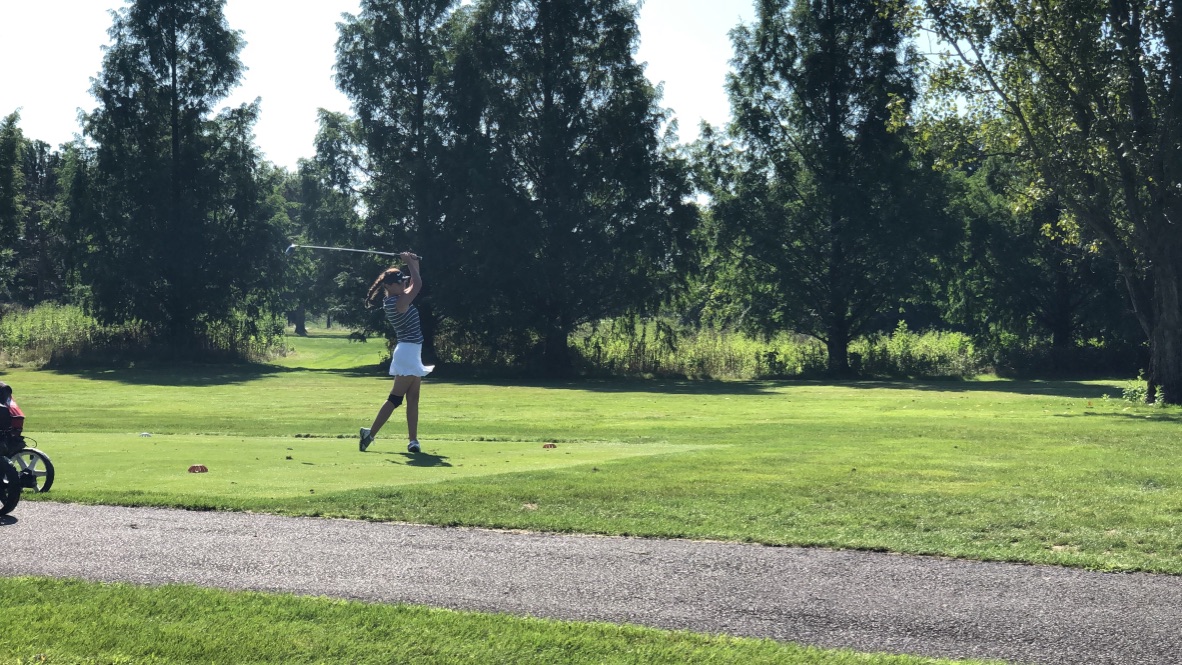 After eight holes, Ella’s teammate Bekah pulled a shoulder, and she had to withdraw. “Will my score count now?” Ella asked. No, because of tournament rules, it would not. “Don’t tell me that,” Ella said. “I need to play like my score counts.”

And she did. She was determined not to do less than her best, even if it wouldn’t matter on the score sheet.

The parallel for leaders, and for every Christian, is obvious. Sometimes we give our best only when we’re in the limelight. But God wants to work through us even when no one’s keeping score: The casual conversation with a neighbor whose struggles we couldn’t know. The decisions we make and the secret temptations we avoid even when we’re alone. Every excellent effort for God honors him, extends the influence of the church (our team), and strengthens us for the public challenges to come. We play like it matters, because it always matters. 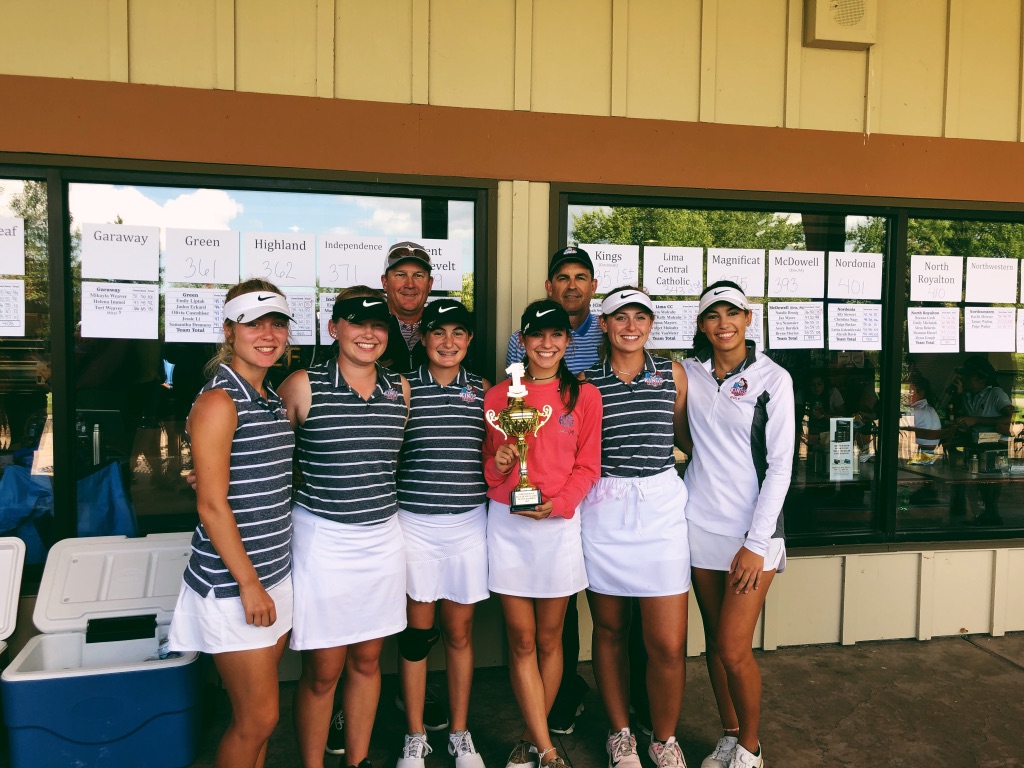 3. GIVE IT ALL FOR THE TEAM

When the tournament was over (Ella’s team won!), the girls posed with the trophy. All the girls were in the picture, including Bekah who had to drop out and Ella who played the whole game with an unrecorded score.  With their grit and positive attitude, every girl had contributed to the win even if the record books wouldn’t show it.

Ella had been there for another teammate when she started to wobble on the back nine. After she had a bad hole, Ella was in her ear. “Shake it off. You can come back.” And she did! She made par on the next hole. She might not have finished well without Ella’s encouragement.

Here at Christ’s Church, I contribute very little to 90 percent of what we accomplish on Sunday mornings.  We have a great team! Every Sunday the coffee is ready, the ushers and greeters stand at their posts, the worship team has rehearsed, children’s teachers and student ministry leaders have prepared lessons, and nursery workers wait eagerly to rock babies.

Through the week members of our body serve their neighbors, set an example at work and school, talk about Jesus with their friends, study the Bible in small groups, and pray. Many of them urge each other to stay in the game in spite of illness or disappointment or tragedy.

Each one gives their all, even when no more than a few will notice. Like Ella, they do it for the team. And this team, God’s church on earth, is the most important team of all.